Every time you make a change to the structure of a project's pinned groups & topics or ignore terms, and perform an exploration, a new version of the project is saved. All the versions of your project can be accessed in its History tab, where you can track every change you have made to the project and perform some actions on each of the project versions.

All versions are listed in reverse chronological order, i.e. in the descending order of when the version was created. 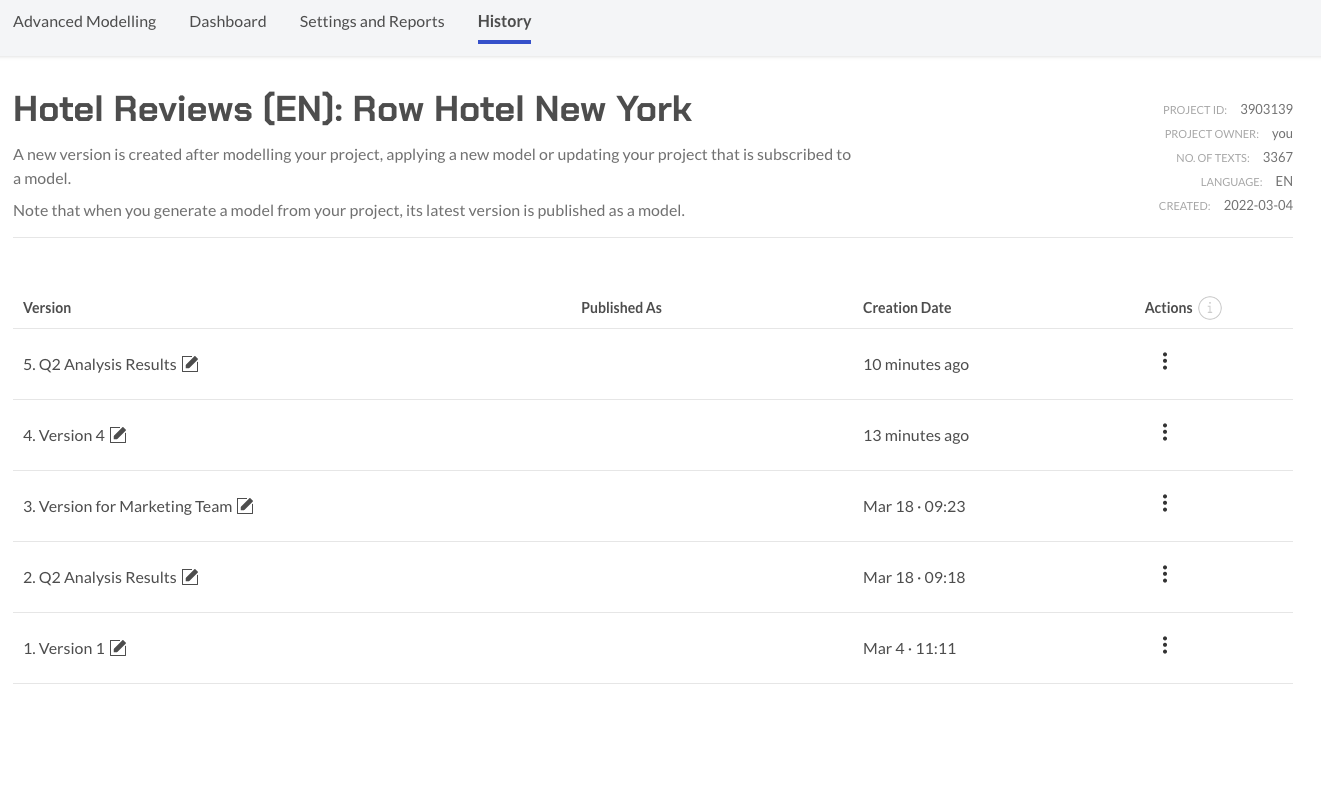 You are allowed to rename the versions of the projects you own, to keep track of specific version of a project that you want to refer to in the future. You can rename a project version by clicking the pencil icon next to the name of the version you want to rename.

Tracking changes made to a Project 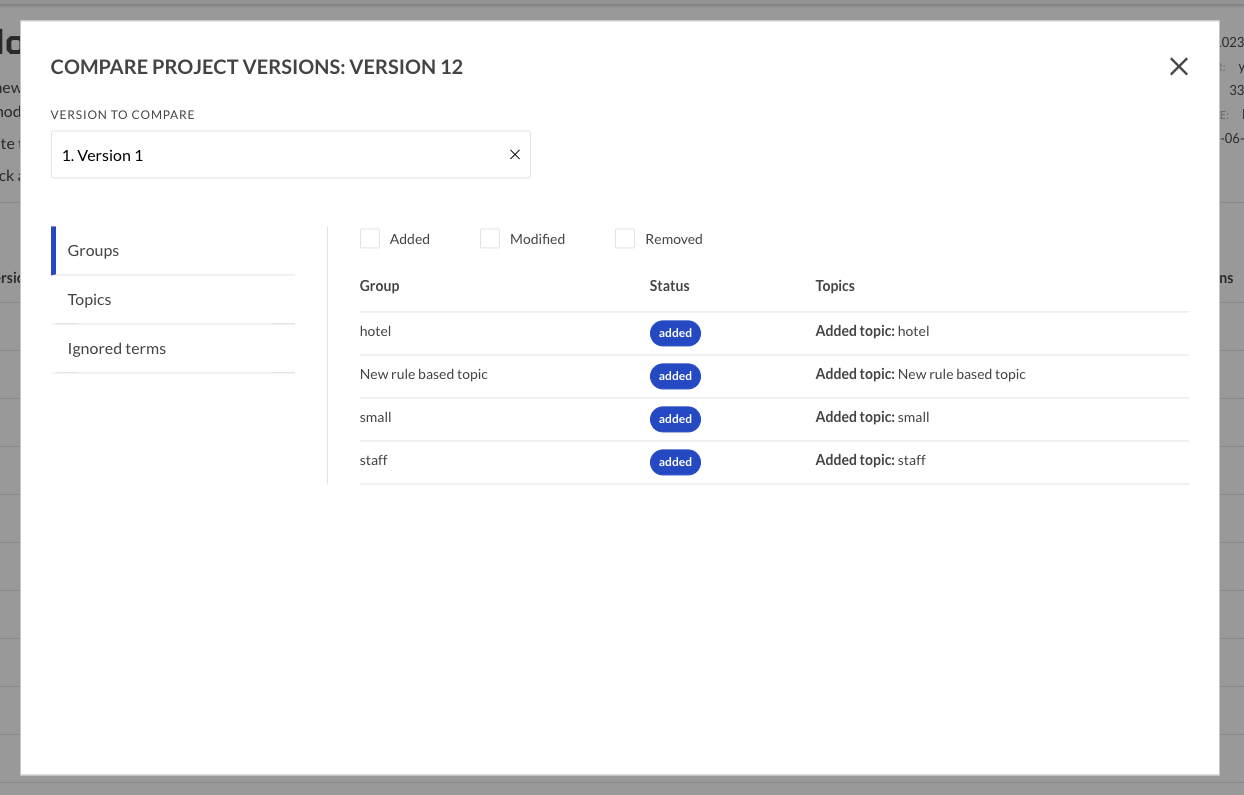 Reverting to an older version of a Project

Once you have clicked the button and have confirmed you would like to revert to an older version, the project will automatically be re-explored so that the statistics reflect the updated groups & topics.

The "Published As" column